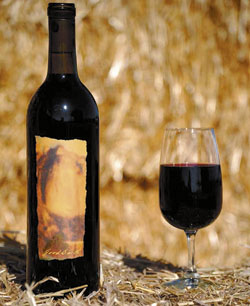 It’s hard to believe it’s been 10 years since Maragas Winery sold its first bottle of wine. This November 30 from 10am to 6pm Maragas winery will celebrate this milestone.

Doug Maragas, founder of Maragas Winery, is very excited about making it to this point. “From when we started marketing our wines more than a decade ago, before our first wine, Legal Zin, was even in the bottle, to the befuddled looks and comments of so many about having a winery and vineyard in Central Oregon, to the gold medal winning recognition in the San Francisco Chronicle, to the present day release of Central Oregon’s first estate produced wine – It’s been a wild ride!”

For the event, Maragas Winery has a special day in store. Here are some of the high points of the event. Upon entrance guests will receive a commemorative logo glass. With your entrance you’ll be treated to a barrel tasting of our 2010 cabernet sauvignon and a taste of the first estate wine ever produced in Central Oregon (Estate wine means: the grapes were grown at the winery, the wine was made from start to finish at the winery, and the wine was bottled at the winery). Maragas will also be unveiling their new line of wine – Good Earth, a fruit forward and chewy Malbec that stands up to its namesake.  The label is also different from the rest of the wine series at Maragas. It’s an image of the back of Smith Rock viewed from the patio at Maragas Winery.

While you’re tasting, listen to some of Central Oregon’s most unique and popular live music.

Maragas Winery is Central Oregon’s founding Winery and Vineyard. Maragas Winery began it’s adventure in May 1999 when it was founded and sold it’s first bottle of Legal Zin 10 years ago this November. Beginning in 2006 the Maragas crew pioneered traditional European wine grape growing in Central Oregon, having the oldest planted vines and widest variety of grape vines in the area!