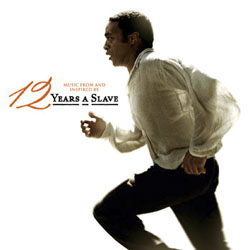 On Friday, February 28 and Saturday, March 1 at 6:30pm view the Golden Globe Best Motion Picture winner and movie nominated for nine Oscars this year, 12 Years a Slave. The movie is an adaptation of the 1853 memoir of the same name by Solomon Northup, a New York State-born free black man who was kidnapped in 1841 and sold into slavery.

Northup worked on plantations in the state of Louisiana for 12 years before his release. This critially acclaimed masterpiece, directed by Steve McQueen was filmed on four historic antebellum plantations in Louisiana and has been called “stark, visceral, and unrelenting.” The Times said of 12 Years a Slave: “Indeed, McQueen’s film is closer in its storytelling particulars to such 1970s exploitation-exposés of slavery as Mandingo and Goodbye, Uncle Tom. Except that McQueen is not a schlockmeister sensationalist but a remorseless artist.” Lauded for its gorgeous cinematography, raw writing and sensational acting, don’t miss this visual feast on the 16 footer at your local Theatre Pub and experience the realm of humanity.

70 SW Century Drive (Next to GoodLife Brewing). Advanced tickets are available at www.bendticket.com for $8 or for $10 at the door. Music to follow the movie.