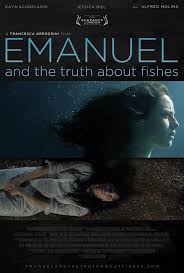 In ten years, BendFilm has grown to become a beloved regional happening which features more than 80 films over four days;The Truth About Emanuel, a psychological thriller, will open the Festival.

The 10th annual Festival will open with The Truth About Emanuel (previously known as Emanuel And The Truth About Fishes), written and directed by Francesca Gregorini. The character-driven, psychological, drama/thriller follows Emanuel (Kaya Scoledario) who becomes obsessed with her new, mysterious neighbor Linda (Jessica Biel). Emanuel offers to babysit Linda’s new baby and unwittingly enters her fragile world. But Emanuel will have to go to a place that she herself has never dared to enter to truly save Linda. Also stars Frances O’Connor and Alfred Molina.  http://tribecafilm.com/press-center/tribeca-film/films/519e9eb1c07f5d1488000004

“I am incredibly excited for Emanuel to be the opening night film at Bend,” said Gregorini. “I am a huge fan of the northwest and excited to have the opportunity to spend some time there and see some great indie films.”

The short narrative A House, A Home will precede Emanuel on opening night. In Daniel Fickle’s film, a love, a death and another death are reconciled in a subterranean world. The film’s writer and composer, Adam Shearer, will lead his band, the Alialujah Choir, in a live performance before the feature begins.

The festival released the names of three other narratives that Festival Director Orit Schwartz and her programming team selected, including the west coast premiere of The Cold Lands, written and directed by Tom Gilroy. When young Atticus (Silas Yelich)’s mother (Lili Taylor) dies unexpectedly, he flees into New York’s Catskill Mountains. Wandering the dense woods in shock, Atticus’ grasp on reality wears thin. When he meets Carter (Peter Scanavino), a scruffy drifter, they form a wary alliance, but both are unsure that depending on the other is the right decision.  http://thecoldlands.com

BendFilm will feature the west coast premiere of Neil LaBute’s tense two-person drama Some Velvet Morning, starring Alice Eve and Stanley Tucci. Ex-lover Fred, whom Velvet has not seen in four years, unexpectedly surprises her at her apartment. With suitcase in tow, he enters with great expectation. As Fred unloads the reason for his resurfacing, the history and nature of their relationship is revealed. The weight of their reconnection becomes clear as tension mounts and their chemistry reaches its climax.  https://vimeo.com/72694347

Producer Tim Harms recalls the Festival fondly. “I was at BendFilm last year with a LaBute short I produced called BFF,” he says. “I had a excellent time, saw great films, met wonderful and insanely hospitable people and drank delicious wine, coffee and beer all weekend. I’m excited to be heading back with Some Velvet Morning. I think the festival audience will really appreciate the film.”

The three feature documentaries selected include Bending Steel, making its west coast premiere at BendFilm. Dave Carroll’s intimate documentary exploring the lost art of the old-time strongman and one man’s struggle to overcome limitations of body and mind follows the endearing and unassuming Chris Schoeck.  While preparing to perform amazing and unique feats of strength publicly, Chris also struggles to overcome crippling fears and inhibitions. What unfolds is one man’s remarkable journey to find his place in the world.  www.bendingsteelmovie.com/press.html

Producer and cinematographer Ryan Scafuro says, “Being included in this year’s Bend Film Festival program has a very personal meaning to me, as my parents and sister have recently moved to the area. The opportunity to screen my debut documentary in what has become my new hometown—a town so supportive of film and the arts—is a very special thing.  I look forward to meeting the Bend audience!”

Nicholas D. Wrathall writes and directs Gore Vidal: The United States Of Amnesia in its west coast premiere. It showcases Vidal’s rapier wit, keen intellect and well-known and eloquently expressed opinions, namely, his position that the radical right has triumphed over “traditional” humanist liberal values. In excerpts from Vidal’s many interviews made and clips acquired over half a century in the public eye, Vidal issues a chilling, cautionary warning to the America we’ve idealized and the other America we are becoming.  www.gorevidaldocumentary.com

Inspired by a visit to the “World’s Oldest Man” Walter Breuning (who died in 2011 at 115 years of age), director Hunter Weeks and his wife, producer Sarah Elizabeth Hall, set out to meet the world’s oldest people–some of the last people born in the 1800s—in Walter. Capturing the extraordinary lives of people 110 years or older, Walter sheds light on what’s truly important in life. The film explores the stories of several living supercentenarians and connects with the inspiring lives of our elders and their lessons for living life right. Walter  is making its world premiere at BendFilm. Weeks says of his inclusion in the Festival: “Bend is the perfect place to launch Walterfor its world premiere. The people of Bend seem to have the right idea for living life well.” Weeks and Hall will appear in person at the premiere. www.hunterweeks.com

Ten years (the tin and aluminum celebration) is a long time in the life of a film festival. Like restaurants, many festivals start with the best intentions only to fall by the wayside a year or two later. BendFilm, however, has proven to have growing and staying power bulwarked by great programming during Festival and year-round, strong juries, terrific local support and sponsorship, and its prizes and awards.

In 10 years, BendFilm has grown to become a beloved regional happening that established the central Oregon town in the national festival firmament featuring more than 80 films over four days. This past April, Moviemaker Magazine called BendFilm one of “The Top 25 of the Top 50 Film Festivals Worth the Entry Fee” and this past April, selected it from among 5,000 festivals in the world. James Kaelan said, ”Bend has stayed committed to the ideal that, at a film fest, the moviemaker is king—and should be treated as such.”

“We’re confident in continuing our tradition of excellence for 2013,” says Festival Director Orit Schwartz. “We’ve been able to build a strong following among both our contributors, sponsors and most of all, our audience and are planning the best BendFilm ever for our 10th Annual year.”

The 34 features and 49 short films at this year’s fest will vie for prizes unusual in scope and generosity for a festival not only of BendFilm’s size, but any size. This year they’ll again offer the Brooks Resources Corporation $5,000 cash prize (one of very few festivals that still does so) for Best of Show. Past winners include True Adolescents and This Way of Life. 2013 also marks the second consecutive year of the Best Narrative Feature juried award. That award carries a whopping $60,000 camera rental package from Panavision, generously donated by Panavision.

BendFilm has also announced its 2013 jury. “We’re continuing a traditional of excellence and breadth in our jury,” Schwartz says. “We’re 10 times lucky in having had such terrific students, teachers, professionals and connoisseurs of film honor the best in BendFilm’s.” Selecting award-winning films this year will be: Neal Block, Miriam Cutler, Franklin Leonard, Darryl MacDonald, Maggie Mackay and Lisa Schwartzbaum.

Magnolia Pictures’ theatrical distribution head Neal Block, has released films ranging from Lars Von Trier’s Nymphomaniac to Let The Right One In. He’s also responsible for the annual theatrical release of the Oscar-nominated shorts which, he says, “don’t actually play anywhere in Bend but definitely will next year, now that I’ve visited this lovely place.”

Emmy nominated composer Miriam Cutler has worked on numerous award-winning and nominated films and TV shows ranging from Poster Girl to American Promise. She’s also produced two Grammy-nominated records for Joe Williams and released albums of her own songs and soundtracks. She’s a member of the Documentary Branch of the Academy of Motion Picture Arts and Sciences.

Palm Springs International Film Festival Director Darryl Macdonald also co-founded The Seattle International Film Festival, and served as its Artistic Director through 2003. Along the way he’s worked with the Hamptons and Vancouver Film Festivals, serves on the Advisory Council for the Documentary Channel, has written extensively on film and holds numerous honors, including France’s Chevalier of the Order of Arts and Letters for his contributions to French Cinema.

Film Independent’s Senior Programmer Maggie Mackay credits her near-fanatical interest in film to her mom, who took her to Film Forum to see “films highly inappropriate for her young age. She’s since worked as a freelance programmer and writer, script reader, Hollywood assistant, on-set production coordinator and Senior Coordinator of the Sundance Documentary Fund.