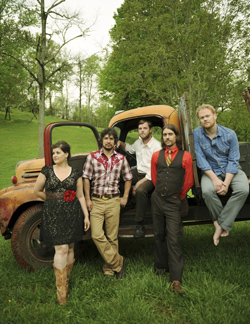 Their debut album, Whiskey Angel, received rave reviews as it shot to the top of multiple ‘Best of’ lists across the country and also won the 2009 Independent Music Award for the Best Americana Album.

*Outside food is allowed, but no outside alcohol permitted. Food and beverage will be available for purchase at the venue
Tickets
$15 General Admission
$10 Ages 6-12