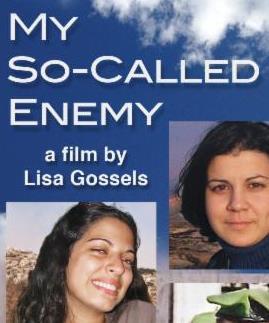 As part of its King, Gandhi, Chavez and Mankiller Season of Nonviolence, Central Oregon Community College is hosting a screening of the film, My So-Called Enemy, from 4-6pm on Thursday, January 29, in Hitchcock Auditorium in Pioneer Hall on the Bend Campus. The event is free and open to the public.

This award-winning film focuses on the encounters of Palestinian and Israeli teenagers who attended a women’s leadership program called Building Bridges for Peace in upstate New York.

The film recounts the experiences of six of the program participants and asks them to reflect on how they reconciled their transformative experience at the camp with their realities back at home in the Middle East.

Following the film, Jessica Hammerman, assistant professor of history at COCC, will facilitate a discussion. The event is co-sponsored with COCC’s Jewish Student Club.
541-383-7412