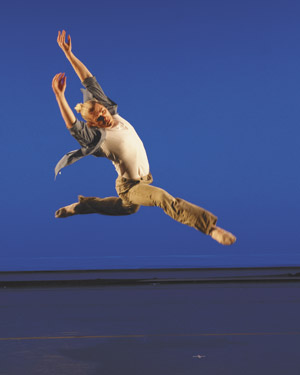 With seven dancers, Roland considers Reverie both complex and refreshingly simple. “The show is inspired by the impressionist era and builds from an overriding belief in the power of beauty.” Hampton observed that “a program with beauty as its central theme is a powerful statement: art must prevail; humanity must prevail; culture, knowledge and freedom of expression must prevail. We named the program ‘Reverie’ because beauty can sweep us up and carry us away.”

Bend Surgery Center is the title sponsor of the CenterStage Series. Showcase sponsor is Mt. View Heating, with supporting sponsors Deschutes Brewery and Central Oregon Radiology. Show Night Sponsor is Drake Restaurant. The Performance Sponsor and underwriter of a special educational matinee, is the Sue and Mike Hollern Fund at the Oregon Community Foundation. The featured on-tap beer pairing for the night is Deschutes’ Chainbreaker White IPA.