Are there are other Bends in parallel universes? Nine local authors have stretched the real-world Bend into the realm of the imagination, with citizens that do not exist and events that never happened.  The writers portray Bend as a hotbed of international intrigue, romances, darkly-plotted murders, horse stealing, time-travel, family dramas and fanciful stories for children.

Did you know that advanced-technology firearms were made in the heart of the Old Mill District?  See Dave Edlund’s four books in the Peter Savage series.  Does the underage sex trade flourish in Bend and La Pine?  According to Christopher Stollar in The Black Len, it does.  Can an underwater skeleton lead to multiple mysteries as it does in Ted Haynes’ The Mirror Pond Murders?  In Risky Business, Tawna Fenske re-images the High Desert Museum as a wildlife sanctuary replete with romance.  In Linda Berry’s Hidden, a marine trying to restore a family ranch near Bend is fascinated by a woman who lives on a forested hill above the city.

Authors write about Bend because they know it and love it.  Kai Strand, writing about her book, Finding Thor, says, “It was so much fun figuring out a route for the car chase, or how to believably strand the main character in a lava cave.”  Dave Edlund, in Hunting Savage¸ sets a manhunt near Broken Top, where he has hiked with his family for years.

The book with the widest critical acclaim, putting Bend on the literary map, is Benjamin Percy’s The Wilding.  Percy is the winner of the Pushcart Prize who grew up in Tumalo.  His novel is a study in masculinity that contrasts the civilizing influences of fast-changing Bend to the more primitive challenges of hunting a bear in the remains of the surrounding wilderness.

For good stories in local settings, Bend residents and visitors might sample the following: 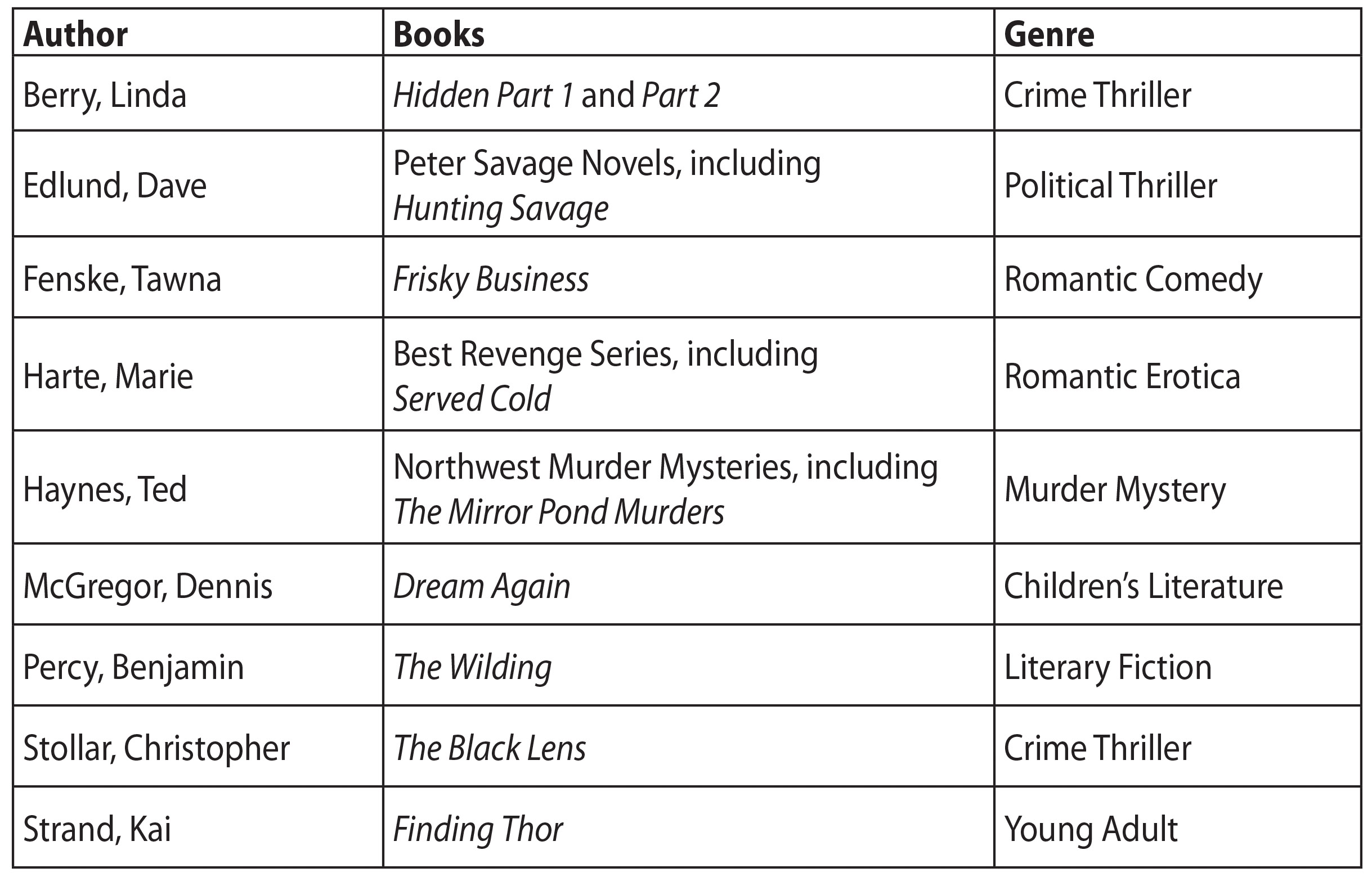