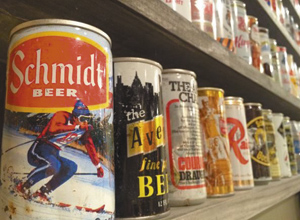 The exhibit, conceived and designed by the High Desert Museum curatorial staff, will present the history of brewing, the ingredients used in craft beers, the process of brewing and the culture of the craft brewing industry.

“Needless to say, there’s a bustling beer culture throughout the High Desert,” said Museum President Dana Whitelaw. “We thought it would be interesting to provide a museum perspective on the craft. I think the timing is perfect, and no one can do it quite like the High Desert Museum. We will explore the history of beer, the impact of the craft brewing business, the agriculture associated with brewing as well as the commendable practices of sustainability that we’re seeing from regional brewers.”

Curator Faith Powell connected with craft brewers, hops farmers, writers, historians and home brewers while preparing the exhibit. “Everyone I’ve talked with has been tremendously supportive,” Powell said. “It’s exciting to unpack the story of craft brewing and explore the impact it’s having on our community and beyond.”

Powell said the Museum is offering a long list of exciting programs during the 19-week run of the exhibit. Beer tastings will be held at the Museum on the first Thursday of every month during the exhibition from 4:30 8pm. In addition, there will be a ranch & brewery tour April 25 and an afterhours event May 29.