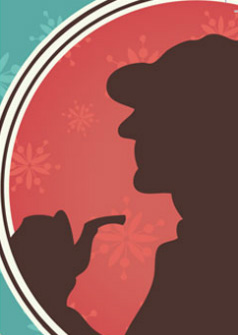 The Games Afoot or Holmes for the Holidays is a Sherlock Homes holiday thriller. CTC has a lovely Ken Ludwig romp playing now through, December 7. This cast and crew have pulled out all the stops from an elegant set worthy of a 1930’s eccentric millionaire…to the gorgeous costumes.

The next scheduled play at CTC is Angel Street by Patrick Hamilton. Angela Lansbury was nominated for an Academy Award for her debut in the 1944 film version of this Broadway hit, first produced in London under the title Gaslight. Mr. Manningham, a suavely handsome man, is slowly driving his gentle, devoted wife Bella to the brink of insanity with an insinuating kindness which masks more sinister motives. With the unexpected arrival of an amiable, keen-witted inspector from Scotland Yard, the author builds and sustains some of the most brilliant, suspenseful sequences in modern theatre.