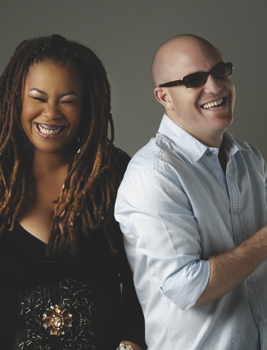 The Oxford Hotel and G2 Strategic continues the lineup for BendBroadband’s Jazz at the Oxford with TIZER featuring violinist Karen Briggs November 21-22.

“Bend has been incredibly supportive, filling the room all 43 shows through this past season,” continued Glickman. “Several local companies have stepped up, so we now have the resources to bring in even more world-class musicians from places like New York City and Los Angeles. For me, this is a labor of love that I hope will continue far into the future.”

“We want to do everything we can to energize downtown Bend, especially during the winter months, and contribute to the growth of arts and culture in our community” said Ben Perle, Regional Vice-President of the Oxford Inns, Suites & Hotels. “Each year, we have made refinements in an effort to provide the best possible service, ambiance and great food and beverage options. We are very proud to be celebrating the fifth anniversary of BendBroadband’s Jazz at the Oxford.”