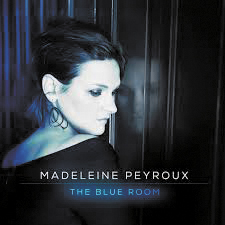 The result, using swing influences, a mid-tempo style, a piano solo, light drumming and bass, is a sophisticated album that fuses musical styles together to create a rapturing sound.
“The only thing that matters is the song,” says singer-songwriter Madeleine Peyroux. That conviction along with a ‘one of a kind’ voice has carried the Jazz artist from the streets of Paris at only 15 touring with blues and jazz bands, all the way to mainstream recognition.

“Someone gave me early Columbia recordings with Billie Holiday and instructed me to learn the songs,” Peyroux explains. She grasped not just the melody changes, choice of tone and phrasing but the power of the iconic artist’s presence.

Through intensely distinctive renditions of old classics and modern tunes by the likes of Leonard Cohen and The Beatles, Peyroux has proved to be an uncannily insightful ‘interpreter’ with her consistently impeccable choice of material.

“Madeleine and I decided to branch out to other songs we love,” explains Klein, so alongside tunes from the original ABC Paramount project such as Bye Bye Love, Born To Lose, You Don’t Know Me and Randy Newman’s I Can’t Stop Loving You, Warren Zevon’s Desperadoes Under The Eaves and John Hartford’s Gentle On My Mind.

Madeleine is at a nexus of styles, blending Jazz, Blues, Country and Pop. With the insightful accompaniment of Dean Parks’ guitars, Jay Bellerose’s atmospheric drumming, David Piltch’s bass and as in Dance Me to the End of Love, Larry Goldings smart piano, Peyroux sheds an enticing new light on the familiar classic.

It’s a long way from the streets of Paris but according to online highlights: where others may be content basking in the glow of praising reviews, this charmingly humble musician bravely explores new grounds showing that like jazz itself she is willing to take new chances.