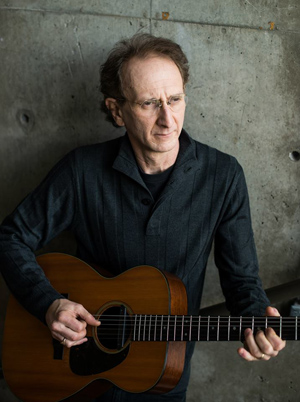 The 2015 Third Annual Newberry Event Festival to Defeat MS will be held this summer with the first Newberry Event Concert Series featuring Terry Robb at the Volcanic Theatre Pub on March 14.

Terry Robb has long been considered one of the top acoustic blues guitarists. His dynamic, signature finger-picking style and ability to sound like a hard, yet sophisticated band all within a solo performance have amazed audiences worldwide and earned him international acclaim.

Held the last two years, The Newberry Event has drawn 300-500 “Newberry Family” members each day to this eclectic music festival celebrating all genres of music, rock, blues, jazz, reggae, folk and more. In the heart of Newberry Country, halfway between Sunriver & La Pine, under the aspens at DiamondStone Guest Lodges adjacent to Quail Run Golf, come enjoy three days of awesome music from artist such as : Craig Chaquico, Terry Robb, Pigs on the Wing, Lino, Melody Guy, Rum & the Sea, Sol Mars, Voice of Reason, the Newberry Family Band and many more, coming together for fun and a heart to raise non-profit critical research funds for the Oregon Chapter of the National Multiple Sclerosis Society.

Camping for all three days is highly recommended as you will not want to leave once you arrive, with the myriad of vendor, food and beverage choices present on site. Incredible silent auction items too.
www.newberryevent.com