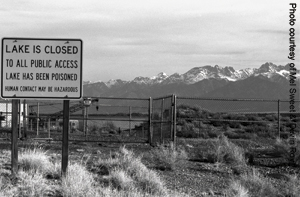 Avid outdoor enthusiasts Mel Sweet and Devin Roy have been in the midst of a whirl-wind film project over the past year that is set to be released across the Northwest this fall. Story by Renee Patrick

Occupied Cascadia is a documentary with roots based in the couple’s personal relationship with the outdoors; through film the pair was able to find the right medium for their voice, and now seeks to engage those in Cascadia in recognizing their connection with the bioregion.

“We were rock climbers/backpackers and spent a lot of time outside and we looked at our relationship with the outdoors and saw this disconnect; we could never get out enough, and where did that insatiable appetite come from? That is really what started the process, wanting to give back but not knowing how,” commented both filmmakers. 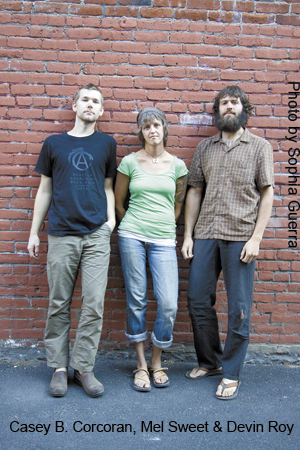 “We stumbled on the idea of Cascadia and bioregionalism because it allowed us a way to look closer at situations and look within ourselves and have it all connected through the land,” Sweet continued. “We had no idea what we were getting into or what it would look like or what we were aiming to do with it, but it was important and we wanted to listen to that instinct.”

Their filming began during the Occupy movement on October 6, 2011. At the demonstrations, Sweet and Roy got to know activists around the bioregion and found it empowering to find people from all walks of life connecting and having conversations.

“Nobody’s problems were more significant than anyone else’s,” Sweet said. They realized all the different concerns and discontent that was voiced during that time was indeed connected in a much bigger web…and that web was tied closely to the land.

The pair set off with friend and colleague Casey Bryan Corcoran to visit and interview influential voices around Cascadia about bioregionalism. (Cascadia is the term used for the bioregion formed primarily by British Columbia, Washington and Oregon.) Corcoran is the author of the zine, Autonomy Cascadia, and was familiar with many of the individuals that were interviewed for the film.

“We jumped into the unknown and embraced the process,” Corcoran said. “From day one it was the magic of the journey.” The group would interview and film one person, and get a recommendation to reach out to another. “It was a very organic process that brought us to every single person we talked to.”

Though Sweet and Roy didn’t have prior filming experience, their backgrounds in photography set the stage for the beautiful imagery found throughout the film. “We were photographers who decided to make a documentary and didn’t know how to shoot video,” Sweet said. “Everything sucked, so we decided to approach it from behind the lens like we were taking a still frame.”

After collecting over 40 hours of video, the editing task presented a huge challenge. “We had a diverse group of people we interviewed, the people themselves might not get along if we put them in the same room! There were a lot of diverse statements and we posed hard questions…and we had to decide how to put these voices into one film, and I would say up until the point of editing we didn’t know how the story was going to go, and it came down to their one common voice,” Sweet said. “Where it ended up taking us is that going back to nature is healing the wounds of civilization.”

Sweet, Roy and Corcoran will take the film on the road this fall for a three-month tour around Cascadia and plan to make future films that dive deeper into the subject matter. Beyond having people view the film, the filmmakers hope the documentary will prompt conversations. “The bigger goal is the dialogue with the film, getting people involved with each watershed and getting locals empowered to speak at their own screening. The goal is creating the conversation and creating the space to do that,” Sweet said.