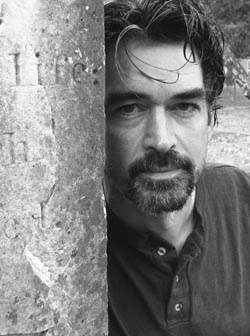 Slaid Cleaves spins stories with a novelist’s eye and a poet’s heart. Twenty years into his career, the celebrated songwriter’s Still Fighting the War spotlights an artist in peak form. Cleaves’ seamless new collection delivers vivid snapshots as wildly cinematic as they are carefully chiseled. Dress William Faulkner with faded jeans and a worn six-string for a good idea. “Slaid’s a craftsman,” says Terri Hendrix, who sings harmony on Texas Love Song. “He goes about his songs like a woodworker.”

Tickets on sale at Bendticket.com $18 in advance
Doors open at 6 Show starts at 7pm

In conversation and in public, Mary Gauthier comes off as a practical, no-nonsense woman. Stoic, even. Which wouldn’t seem unusual, except for the fact that her songs carry so much emotional punch, they can leave you staggering. She has a way of burrowing into that hole so many of us carry inside our souls, and emerging with universal truths that show we aren’t so alone after all.

Gauthier knows where our exposed nerve endings lie because she’s probed her own so deeply, finally learning to unlock the fear and loneliness that controlled her escape-seeking trajectory for so long before songwriting — and the sobriety that drew it forth at age 35 — gave her a steadier flight path.

Tickets on sale at Bendticket.com $15 in advance
Doors open at 6pm show starts at 7pm

The White Buffalo
December 5, 8-11pm
Set My Body Free appears on the just-released narrative album Shadows, Greys, & Evil Ways (Unison Music Group), which just debuted in the Top 10 of the Billboard New Artist chart. Paste called the album “an Old Western prototype of Odysseus” due to its tale of a war veteran trying to find peace after leaving the front lines.

The 100-year-old church in Sisters was designed to bring people together says owner Angeline Rhett. The vaulted sanctuary, fabulous hardwood floors and colorful stained glass windows immediately capture your attention.  An abundance of wood paneling and acres of orange carpet lend a retro feel that couldn’t be recreated if you tried.  Add a cozy new bar, a classic basement, classrooms, a big-ass bell and you have a truly memorable multi-purpose venue.
This winter they look forward to a variety of events: