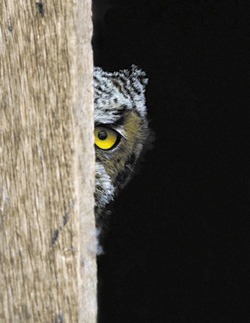 One of the nation’s premiere environmental and adventure film fests is coming to Bend on October 3.

A benefit for the Oregon Natural Desert Association presented by E2 Solar, this year’s festival lineup this year takes the audience to Alaskan mountain peaks, through Japanese snowstorms and over coastal Californian raptor nesting grounds. It’s sure to rivet with storytelling about the natural world that both educates and inspires.

The Denali Experiment
Jimmy Chin, Renan Ozturk
Freeride skier Sage Cattabriga-Alosa and big mountain snowboarder Lucas Debari step out of their elements and make an attempt to climb, ski and snowboard Denali. Sage and Lucas get a helping hand from a huge cast of seasoned and professional climbers and ski mountaineers from the North Face Athlete Team, including Hilaree O’Neill, Conrad Anker, Ingrid Backstrom, Jim Zellers, Emilio Previtali and Giulia Monego, as the two embark on the hardest expedition of their lives. www.camp4collective.com

The Gimp Monkeys
Fitz Cahall
What has four legs, five arms and three heads? The Gimp Monkeys. Craig DeMartino lost his leg after a 100-foot climbing fall. Pete Davis with born without an arm. Bone cancer claimed Jarem Frye’s left leg at the age of 14. While the three are linked by what they are missing, it is their shared passion for climbing that pushed them towards an improbable goal – the first all-disabled ascent of Yosemite’s iconic El Capitan. There was no cause. No call for awareness. No fundraising. “We are climbers first, disabled second,” says DeMartino. “If you’re a climber, you want to climb El Cap.” The Gimp Monkeys follows their successful ascent of Zodiac, a 1,800-foot route on the Southeast Face of El Capitan. Exceptional Athlete Award, Boulder Adventure Film Festival. www.ducttapethenbeer.com

Public Lands, Private Profits: Too Special To Drill
Pierre Kattar, Tom Kenworthy, Christy Goldfuss
The Center for American Progress, in partnership with the Sierra Club, undertook a series of video mini-documentaries that revealed three places held in the public trust threatened by pending proposals to mine and drill in or around them. In Part Three, natural gas drilling would bring an ignoble end to Wyoming’s spectacular Noble Basin and its residents’ exceptional way of life.

Seasons: Winter
Brian Ward discovers an unexpected and new-found love for water in its frozen and expanded form.

Unicorn Sashimi
Ben Knight, Travis Rummel, Nick Waggoner
Throughout winter, relentless cold winds blow across Siberia and pick up moisture from the Sea of Japan. When this wet and frigid air pushes up against the mountains of Hokkaido, mind numbing amounts of snow fall on Japan’s northern most island, providing intrepid skiers and snowboarders an incredible playground to explore.
With the rounding of each turn, in the snow encrusted silver birch groves, we were positive that we were in the company of unicorns. Best Cinematography, 5point Film Festival; Best Ski Film, Boulder Adventure Film Festival. www.feltsoulmedia.com

Song of the Spindle
Drew Christie
In this animation, a man and a sperm whale have a conversation about who is smarter. Each one lists various upsides and downsides of human and cetacean brains, but eventually come to an understanding. Audience Award for Short Film, Ashland Independent Film Festival. www.drewchristie.com