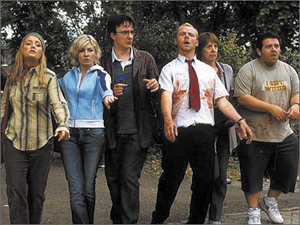 Celebrate Halloween in almost-drop-dead style when the Tower Theatre Foundation sinks its teeth into the side-splitting, head-smashing zombie comedy Shaun of the Dead, Thursday, October 31 at 7pm.

The BBC called Shaun of the Dead a “gloriously gory horror comedy.” And novelist Stephen King declared it “a 10 on the fun meter!” 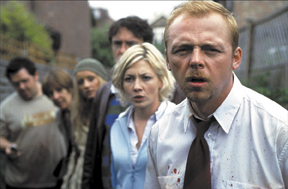 “We figured it’s about time to turn over the Tower to the walking dead,” said Ray Solley, executive director of the theatre. “So come properly dressed and dripping in fake blood. Prizes will be awarded!”