Each winter, Caldera’s Artists in Residence Program welcomes creative individuals and collaborations to spend up to a month in the Cascade foothills to focus on their creative practice, work with young people from Caldera’s Youth Program and connect with Central Oregonians through art and conversation at monthly Open Studios.

The first cohort of artists arrived on January 4 and are settling into life at the Caldera Arts Center near Sisters. These artists hail from as close as Warm Springs and as far as New York City. They are working on a wide variety of projects including novels, screenplays, performance art, video, illustration and sculpture. These projects and others will be shared at the first Open Studios on January 26.

“Open Studios provides an opportunity for our Artists in Residence to share their works in progress with the Central Oregon community. Often, Open Studios is the first time these works are seen by the public. It’s a special opportunity to experience works of art in the middle of the creative process and hear about that process from the artists,” shared Maesie Speer, Caldera’s Arts Center program director.

“At Open Studios, even though there are presentations, the audience doesn’t sit and watch the whole time. We are up and moving through the Arts Center and even outside. We encourage the artists to get creative with how and where they show their work. There’s also time to wander, have some refreshments and discuss with friends.”

Doors to the Arts Center (31500 Blue Lake Dr., Sisters) will open to the public for Caldera’s Artists in Residence Open Studios on January 26, February 23 and March 23 from 12:30-3:30pm (program beings at 1pm). Artists in Residence, as well as Caldera students, share their work with the public through presentations and performances. Admission is free and light refreshments will be served. 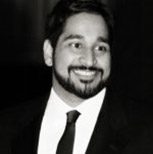 Raised in the great state of Kansas, Farooq Ahmed (Los Angeles, California) is a graduate of the Columbia University Creative Writing Program and of Brown University, where he studied biochemistry. His writing has appeared in the Financial Times, Nature and the Proceedings of the National Academy of Sciences, and has been lauded by the South Asian Journalists Association. His novel Kansastan will be published in 2019 by 7.13 Press. He lives in Los Angeles with his wife, children and a fear of earthquakes. You can find him on Twitter (@farooqtheahmed). kansastan.com 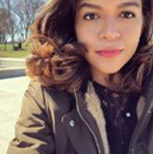 Maria Alejandra Barrios (New York, New York) is a writer born in Barranquilla, Colombia. She has lived in Bogotá and Manchester, where she completed a Masters degree in Creative Writing from The University of Manchester. Her story Luna was shortlisted in 2017’s Bare fiction competition in London, and her fiction is forthcoming in Reservoir Journal and Bandit Fiction. The Vermont Studio Centre has supported her work with a residency in March of 2018. mariaalejandrabarrios.com

May Cat (Portland, Oregon) grew up in Chicago, setting her sights for creative work from an early age. As a multidisciplinary artist, May immerses herself in various mediums, inspired by her Thai-American roots. One of her deepest devotions is to present of the perspectives of the 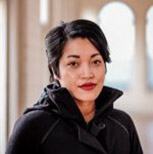 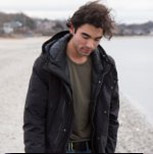 Andres Chang (Brooklyn, New York) is an artist whose work probes the ever-present negotiation between humans and natural systems. He employs numerical computation, drawing, construction, sound design and performance to produce work from a uniquely interdisciplinary perspective. Climate change is a common thread, and Andres alternately designs projects that respond intimately to environmental conditions and as speculative replacements for a dying planet. andreschang.com 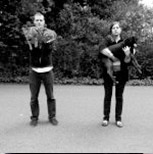 Anna Gray + Ryan Wilson Paulsen (Portland, Oregon) are two people who work together as one artistic entity. Their project-based work is often grounded in and around the activities of reading, writing and translation. Utilizing a range of media and contexts, their pieces and projects have appeared in many public places as well as at institutions such as The Renaissance Society (Chicago, IL); The San Diego Museum of Art (San Diego, CA); SPACES (Cleveland, OH); Locust Projects (Miami, FL); Camp CARPA (Joshua Tree, CA); Portland Institute for Contemporary Art (Portland, OR); and on the pages of NOON Literary Annual. The pair live in Portland, Oregon, where they work, teach and raise their eight-year-old son. www.ryannaprojects.com 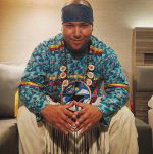 Born and raised on the Warm Springs Indian Reservation in Oregon, Jefferson Greene (Warm Springs) has been groomed to share much of his life experiences,
learnings, understandings and adventures with communities throughout the northwest region. Art has been an avenue for

Jefferson to express himself to his audiences. After completing his bachelor of science degree in three disciplines—management, marketing and advertising—Jefferson began serving the people and Confederated Tribes of Warm Springs, coordinating community projects, writing grants, producing arts and entertainment and being a public educator on Columbia Plateau history and customs. More recently, his interests have centered on language preservation in the Columbia Plateau, where he apprentices under several first-language Ichishkíin speakers from Warm Springs, Yakama and Umatilla. 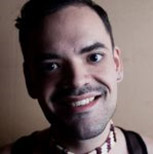