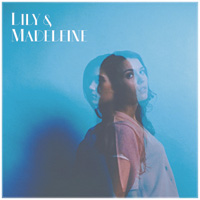 Enchanting. That is the best word I can use to describe the lovely harmonizing of sisters, Lily and Madeline Jurkinewicz. At just 16 and 19 years old, these Indiana natives leapt into popularity with their YouTube video In the Middle in 2012. They released a five-track EP, The Weight of the Globe in early 2013 and their first full-length self titled album, Lily & Madeleine, in October to huge accolades.

While both girls sang growing up, encouraged by their music-loving parents, they never performed together until recently. Madeleine, soprano, has a smooth and light singing style, and Lily’s earthy alto voice blends in with natural ease.

“Both have preternaturally mature control as singers,” reports the Chicago Tribune. “When they come together vocally, as they do throughout Lily & Madeleine, they achieve that effortless, dazzlingly intuitive and familial blend known as ‘blood harmony.’”

The duo’s sound soars with their sweet harmonies and light and folky lyrics. By far my favorite song on their self-titled album is Devil We Know. In their most intoxicating ballad, the sisters weave a haunting story of Spring on the plains.

The simplicity of the music, voices and lyrics works. Lily & Madeleine is an enchanting album. Look for them in Portland this June at the Doug Fir Lounge.