Opening January 17, a Broadway hit first produced on London’s West End under the title Gaslight and filmed twice, Angel Street tells the story of the Manninghams who live on Angel Street in 19th Century London. 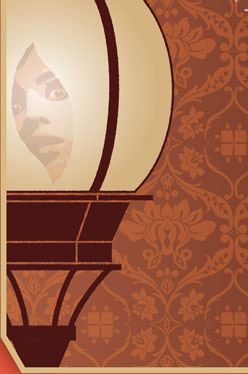 As the curtain rises, all appears the essence of Victorian tranquility. It is soon apparent however, that Mr. Manningham, a suavely handsome man is slowly driving his gentle, devoted wife Bella, to the brink of insanity with an insinuating kindness which masks more sinister motives. While he is out Mrs. Manningham has an unexpected caller: amiable, paternal Inspector Rough from Scotland Yard. In this timeless thriller, the author has built and sustained some of the most brilliant, suspenseful sequences in modern theater. Angela Lansbury was nominated for an Academy Award for her debut in the 1944 film version of this Broadway hit.

Sir Patrick Hamilton (1904-1962) was an English playwright and novelist, famous for his ability to capture the atmosphere and the Cockney dialect traditionally associated with the East End of London. Hamilton’s play Rope was adapted by Alfred Hitchcock into his 1948 film of the same name.
One of CTC’s favorite directors, Sandy Silver is directing this classic, with a cast that includes:

Opening Night is scheduled for Friday, January 17 at 7:30pm with a reception prior to the show. (Preview night will be Thursday, January 16, 7:30pm). The show plays on Thursday, Friday, and Saturday nights at 7:30pm, and Sunday matinees at 2pm, until Saturday, February 1. Call for tickets at 541-389-0803, or get them online at www.cascadestheatrical.org.

AUDITIONS…will be held on Monday and Tuesday, February 3 & 4, at the Greenwood Playhouse, 148 NW Greenwood Ave, at 7pm for Funny Money, a British comedy by Ray Cooney. The cast requirements are 6 men and 2 women. This play will open on March 14, 2014.