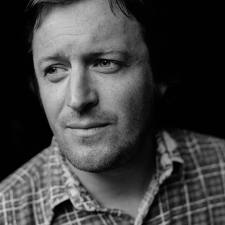 Get to know Vlautin’s courageous characters from his recently published novel, The Free, at the Downtown Bend Library at 6pm.

“I write a lot about people in the middle of their life’s struggle, their Achilles heel, because often I’m feeling that way myself,” said Willy Vlautin in a recent interview with Brian Juenemann of NW Book Lovers. “I like to be around people and characters that don’t give up, who fight. They give me courage.”

Both heartbreaking and hopeful, The Free, released in February, captures the experiences of three memorable characters looking for meaning in distressing times. His characters—Leroy, an Iraq vet, Pauline, a nurse and Freddie, who works two jobs and still can’t pay his bills—illuminate how difficult life on the margins can be. Their financial, familial and existential crises bring them together as they search for a better way to live. “I wrote them to remind myself to be good to the people close to me, and to remember that even when you’re down and out you have to be kind, you have to remember to try and be decent and keep your humanity,” said Vlautin of his characters in The Free.

Born and raised in Reno, Nevada, Vlautin started playing guitar and writing songs as a teenager and quickly became immersed in music. It was a Paul Kelly song, based on Raymond Carver’s short story Too Much Water So Close to Home, that inspired him to start writing stories. Vlautin has published four novels including The Motel Life (2007), which was recently made into a movie, Northline (2008) and Lean on Pete (2010). Lean on Pete and Vlautin won big at the 2011 Oregon Book Awards, receiving the Ken Kesey Award for Fiction and a new Readers’ Choice Award.

Vlautin, who describes himself as “a pretty dark, cynical man,” founded the band Richmond Fontaine in 1994. The band has produced seven studio albums to date, plus a handful of live recordings and EPs. Driven by Vlautin’s dark, story-like songwriting, the band has achieved critical acclaim at home and across Europe.

Books will be available for sale. The presentation is free and open to the public.

For more information about this or other library programs, please visit the library website at www.deschuteslibrary.org. People with disabilities needing accommodations (alternative formats, seating or auxiliary aides) should contact Liz at 312-1032.