From the composer of Book of Mormon and Stage Right Productions, the nonprofit that operates 2nd Street Theater and who brought us Spamalot, comes Avenue Q The Musical at the Tower Theatre September 11-19.

Don’t miss this politically incorrect comedy (definitely not for children!) about college grads and potty-mouth puppets looking for love, jobs, and their purpose in the big city. Winner of the Tony Triple Crown for Best Musical, Best Score and Best Book,Avenue Q is part flesh, part felt and packed with heart. We interviewed a few of the fuzzy thespians last week; here’s what they had to say about coming to Bend. 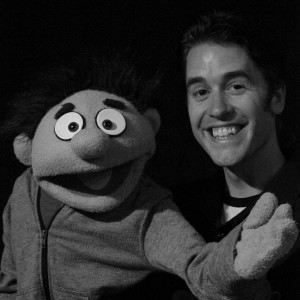 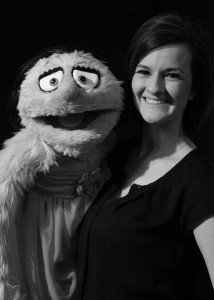 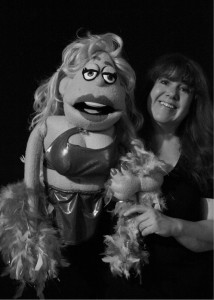 Meet Nicky, a 27 year old from Santa Barbara, California who prides himself in being an honest individual, but states that at times he is blissfully ignorant, and his intentions are often misinterpreted.
Kate Monster is a 23 year old kindergarten teacher from Carmel-By-The-Sea, California. While she has a kind heart, she is very strong-willed and
extremely sarcastic.
LucyThe Slut, on the other hand, is an uninhibited lady of the night from Promiscuous, Pennsylvania who is 29….still.

Tower: How did you discover Avenue Q?
Nicky: By accident, I was exploring a new monster drug called FozzHair, it’s a strain of pot (which is legal now) that makes you talk only in puns and induces severe short term memory loss……what was the question?
Kate Monster: It is the only neighborhood I could afford on a teaching salary.
Lucy: I was hired to sing in a dive bar in PA. I found a “special” friend to keep me occupied there until he got too clingy and I tossed him aside. I am too fabulous for just one man. Next week I’ll make an appearance on Avenue A, where the men can handle a girl with expensive tastes.

Tower: What is your most embarrassing moment?
Nicky: In 7thgrade my pants fell down while I was performing as the bad boy love interest in Erin Brockovich the Musical. I mean, it was mortifying. I don’t have legs, or anything, THERE’S NOTHING THERE!
Kate Monster: Trekkie and I were doing laundry and he saw my grannie panties. It was SO awkward. He called me Grannie Panty Kate for a month!
Lucy: One night my spike heel caught on a man’s belt loop while I was dancing, and I slipped and tore the back of my head. So embarrassing! An emergency seamstress had to be called in to give me stitches.

Tower: How long have you been performing?
Nicky: Since 7th grade, but I took a short hiatus to deal with my “pantless PTSD.”
Kate Monster: I’ve been performing cartwheels for my students for two years!

Tower: Would you ever consider eHarmony?
Nicky: Not for me, but I did sign up my best friend. Breaking the news to him might be a challenge, but I’ll do it in song – singing is the best form of delivery.
Kate Monster: No way! Not since Trekkie told me what the Internet is really used for!
Lucy: A dating site? Look at me. I have so many little black books I had to build a library and learn the Dewey Decimal System.

Tower: What is a fact that nobody knows about you?
Nicky: I watch The Little Mermaid every night and hope that I wake up with legs.
Lucy: My belly button used to be an outie. It was fun, but it affected my sleek line in my skintight clothing, so I had it altered.

Tower: Which celebrity would you most like to have a cup of coffee with?
Nicky: Richard Gere circa 1983.
Kate Monster: Helen Keller. She’s such an inspiration, and I bet she would have a lot to say.
Lucy: Adam Levine could bring me coffee in bed in the morning.

Tower: What is your favorite karaoke song?
Nicky: Otis Redding: “Shout”.
Kate Monster: My students and I like to sing the ABCs in 3 part harmony.
Lucy: Def Leppard: “Pour Some Sugar On Me”.

Tower: What are your thoughts on Taylor Swift?
Nicky: “Shake It Off” has become my theme song and my roommate, Rod, listens to her constantly- in his closet.
Kate Monster: I think she has really great hair, unlike her choice in men.
Lucy: She’s okay and all, but she’s no Lucy.

Tower: Who would you like to see as the next President?
Nicky: Richard Gere
Kate Monster: Princeton, he doesn’t know what his purpose is either!
Lucy: Miss Piggy. She has an impressive, um,“platform”.

Tower: Why are you looking forward to performing at the Tower?
Nicky: I get to relate with the audience regarding real life scenarios even though they are real people and I am but fur.
Kate Monster: I hear it’s Bend’s living room, but I’m confused about where they fit all of the couches!
Lucy: Ray Solley is a hunk.

Don’t miss your chance to see the rest of the cast. Tickets are on sale now. Music and lyrics by Robert Lopez and Jeff Marx. Book by Jeff Whitty. Based on the original concept by Robert Lopez and Jeff Marx. Presented through special arrangement with Music Theatre International. Avenue Q is individually sponsored by Mountain View Heating, and is part of the Tower’s Marquee Series sponsored by BendBroadband. Membership, program information and individual and group tickets are available at the box office (835 NW Wall), by phone (541-317-0700) or online (www.towertheatre.org). Details on events are also at facebook.com/TheTowerTheatre.