During the 1980s and 90s, Las Vegas became saturated with hotel-casinos and flashy shows. To stand out, many locations began to offer other services and amenities aside from ceramic chips. More casinos began to include five-star accommodation, luxury spas, and top residencies by music and entertainment superstars. However, the gaming industry never stopped expanding its realm of attraction, hoping to draw in a more diverse client base. Some, discussed below, even began to incorporate museums and top-notch art galleries into their business.

While the idea of finding quality art inside a casino may sound like a stretch, the gaming industry is once again undergoing massive change given that gaming isn’t the only reason to go to a casino anymore—and going to a casino isn’t the only way to game.

With the online gaming sector set to reach a net worth of nearly $100 billion by 2024 and with many sites offering bonus credits for new players, it’s no surprise casinos are interested in expanding their realm of attraction. Take the Wynn Palace Cotai located in Macau, off the coast of China. Not only does the casino feature modern art from the likes of sculptor Viola Frey, but they also showcase 18th century Buccleuch Vases, a rare treat for any history buff that would normally be found in a museum. 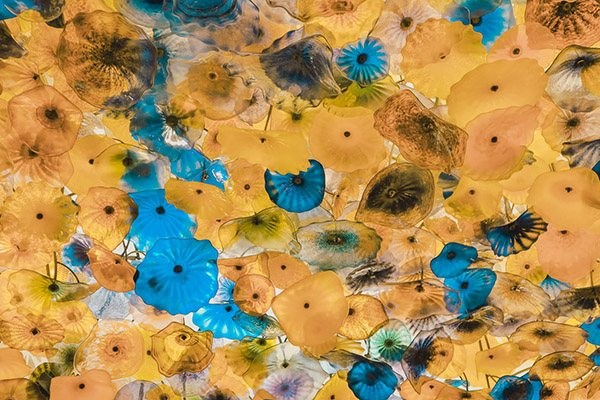 Long considered one of the most beautiful resorts in Las Vegas and even the world, the Bellagio has enjoyed a particularly resplendent reputation as a mainstay for elegance. After all, it was modeled after the town of Bellagio, located in Northern Italy on the coast of the famous Lake Como. It’s even been featured in blockbuster hits from Hollywood, like Ocean’s 11 and Bolt.

Not only does the Bellagio have an air of luxury, but it backs that up with more than shiny amenities and an impressive water fountain. The lobby itself is considered one of the Vegas Strip’s most stunning sites, which features the work of Dale Chihuly, a large-scale sculpture and glass blower. Titled Fiori di Como after the resort’s origin, the piece features over 2,000 hand-blown glass flowers that hang above on the ceiling and draw the eye to their anemone-like color and arrangement.

However, the Bellagio is also associated with fine art through its restaurant, Picasso. True to its name, the restaurant is dotted with the famous painter’s original pieces—though guests will have to wait to learn just which precious paintings call this restaurant home. The restaurant is also considered one of the finest in the US, led by master chef Julian Serrano whose food may or may not be considered a fine art, as well.

The Bellagio is also home to “O” by Cirque de Soleil, which is considered an extension of modern performance art, given the Montreal-based company’s penchant for creating stunning, mind-bending performances that people travel the world to see. 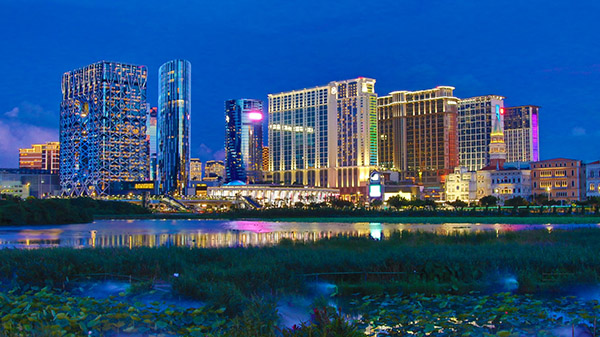 As Asia’s leading center for gaming, Macau in particular boasts extravagant displays by some of the world’s greatest artists, and is also home to some of the world’s most precious antiques (aforementioned as part of the Wynn Palace Cotai collection).

However, the Morpheus Hotel makes the list because of its absolutely visionary execution. This hotel-casino, located in Macau’s City of Dreams neighborhood, is a piece of art in terms of its architecture, designed by master Zaha Hadid.

But that isn’t all. Inside, Morpheus’s art gallery includes the work of Brooklyn-born artist KAWS. Titled Good Intentions, this piece is physically giant, depicting a parent and child stood hand in hand.

There’s also a piece by John-Michel Othoniel titled Wild Pansy. Located on the first floor between neighboring hotel Nuwa and Hotel Morpheus, this piece seems to hang in the air, composed of silver pieces that make the Wild Pansy look like a giant, rigid necklace.

However, the biggest draw for any art-lover who’s interested in stopping off at a casino in Macau is the work of Austrian sculptor Erwin Wurm. His piece, titled Fat Convertible, is one of a series of stylized cars in his Fat Car series. True to its title, this bright yellow sports car appears bloated (or fluffy, to some), though not otherwise oversized.