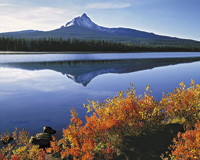 Eastlake Framing will host the third Artist Spotlight of the 2014 series on June 13, 5-8pm. The evening will feature award-winning nature photographer, Ric Ergenbright, and his unique photographic collection, accompanied with complimentary drinks and hors d’oeuvres and great conversations. This event is open to the public and free to attend.

Ric Ergenbright’s photographic career has spanned nearly four decades and taken him to many of the earth’s most exotic and remote locales. One national and two regional TV shows have been produced about Ric’s work, and an exhibit of his images from pre-war Afghanistan toured the U.S. Senate in 1986.

He has received numerous prestigious awards, including the Nature’s Best Photography Award, Pictures of the Year Award and Lowell Thomas Award, and is one of the few contemporary photographers represented in the book and exhibit, Odyssey: The Art of Photography at National Geographic. His best-selling book, The Art of God: The Heavens & The Earth, won the ECPA Gold Medallion Award for the best Christian gift book of 2000, and is now in its sixth printing. Its sequel, The Image of God: The Glory of Man, was the 2005 runner-up, and his 2003 title, Think About These Things, also won the Gold.

As owner and president of Thru The Lens Tours, Ric was an early pioneer in photo travel workshops, and also founded one of the country’s first specialty stock photo agencies.

Ergenbright’s art will be on display at Eastlake for viewing and purchase during the months of June and July.

Blossoming from a photo processing business in the Wagner Mall post college, fast-forward 30 years, Eastlake Framing is proud to have developed a retail footprint that is three-times the size of an average frame shop in the U.S.  They have been recognized as the small business with the best consumer-marketing program in the country by the Photo Marketing Association/Professional Picture Framing Association (PMA/PPFA). They were also recognized as the Bend Chamber’s 2008 Distinguished Small Business.

Harmonizing art with its environment is how Eastlake Framing sums it up! After thirty years in business, and still relishing in the excitement of framing masterpieces, Debbie Spicer, owner of Eastlake Framing, says it simply… love what you do, do it with integrity, and always give back to the community.