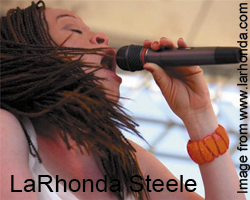 The Oxford Hotel and G2 Strategic announced a world-class lineup of some of the most respected jazz and blues musicians to headline the third season of BendBroadband’s Jazz at The Oxford. The monthly series, featuring three shows on one weekend per month, begins October 19 and runs through March 16, 2013.

“We are thrilled to be bringing artists of this stature to Bend,” said Executive Producer Marshall Glickman, whose company, G2 Strategic, launched the series three years ago. “The quality of our shows is extraordinary,” added Glickman. “We put a premium on sound quality, the intimacy of the room, top-notch food and beverage and personal service. We are proud that the series features a range of styles, from blues to bebop to contemporary jazz.”

Glickman, former president of the NBA’s Portland Trail Blazers, is a Bend resident with a longtime passion for jazz, and whose 12 year old son, Laz, plays jazz piano.

“We are excited to continue bringing these great shows to our signature hotel,” said Ben Perle, regional vice-president of Oxford Hotel Group, the parent company of The Oxford Hotel in downtown Bend and the Oxford Suites hotel chain. “BendBroadband’s Jazz at The Oxford has outperformed all of our expectations – the music has been amazing, and we have filled the room for every show we have done over two years. We appreciate that this is a labor of love for Marshall. We look forward to bringing Bend great jazz performances for many years to come.”

February 22-23: Mel Brown Septet
Portland’s “Gentleman of Jazz,” drummer, returns to the stage. This time, however, Brown is bringing the big horn sound of his entire Septet, featuring four horns – Renato Caranto on tenor sax, Derek Sims on trumpet, Stan Bock on trombone and John Nastos on alto sax – backed by a fabulous rhythm section of Gordon Lee on piano, Andre St. James on bass and, of course, Mel on the drum kit.

March 15-16: Tom Scott and California Express
Scott is a 14-time Grammy nominee and three-time winner, who is a prolific saxophonist, musical director and composer.