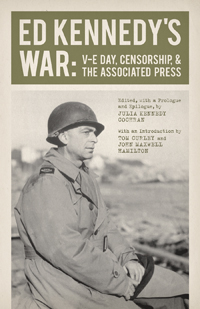 Julia Kennedy Cochran will read from her book Ed Kennedy’s War: V-E Day, Censorship & the Associated Press at Paulina Springs Books, 422 SW Sixth St. in Redmond on Friday, September 21, at 6:30pm. The reading will be followed by a question and answer period, book purchases and signing.

On May 7, 1945, Associated Press (AP) reporter Ed Kennedy became the most famous—or infamous—American correspondent of World War II. As the Germans officially surrendered to the Allies in France on May 7, U.S. Army officials allowed a select number of reporters, including Kennedy, to stand witness. The journalists were instructed, however, that news of this historic event was under military embargo.  Kennedy knew that the Germans were announcing the news to their citizens.  In a courageous but costly move, Kennedy defied the embargo and broke the news of the Allied victory. His scoop generated instant controversy and the AP fired him shortly afterward.

Julia Kennedy Cochran edited her father’s memoirs, and wrote the prologue and epilogue to the book, adding a personal context to Ed Kennedy’s narrative of his long journalistic career, which included reporting from the Spanish Civil War, Mussolini’s Italy and the Middle East. After exonerating his reputation, Kennedy went on to work at small newspapers in California until he died in 1963. In this absorbing and previously unpublished personal account, Kennedy recounts his career from his early days as a stringer in Paris to the aftermath that followed his departure from the AP. 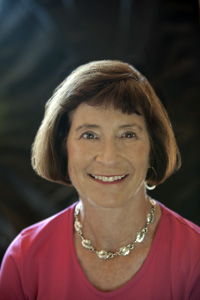 About Julia Kennedy Cochran
Julia Kennedy Cochran worked as a journalist in New York City for the Associated Press, Reuters, and Business Week magazine. Her first post-college job was on the Associated Press New York City desk. She obtained a B.A. from the University of Wisconsin and an MBA at Columbia University. Julia also worked as a marketing manager at high-tech companies in New York and Seattle subsequent to her journalist career. She now lives in Bend, where she and her husband, Ron Cochran, own Quail Run Ranch, a sheep ranch, in Tumalo.