Author of Elizabeth The First Wife at Barnes and Noble, Bend on June 19 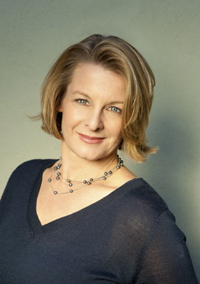 Lian Dolan of the Satellite Sisters spent more than a year on the Los Angeles Times Bestseller List and was a finalist for Best Fiction 2010 at the Southern California Independent Bookseller Awards for her first novel, Helen of Pasadena. In June she will be touring Oregon to promote her latest novel, Elizabeth The First Wife, a story full of love, comedy and master of both: Shakespeare.

Dolan is a writer, producer, talk show host, podcast pioneer and social media consultant. She writes the blog and produces the weekly podcast The Chaos Chronicles, a humorous look at modern motherhood.

She writes for Oprah.com as a parenting expert. A decade ago, Lian created Satellite Sisters, an award-winning talk show, blog and website, with her four real sisters. Her writing has appeared in many national magazines, including regular columns in O, The Oprah Magazine and Working Mother and essays in such anthologies as Chicken Soup for the Sister’s Soul. TV appearances have included The Today Show, CBS Sunday Morning and The Oprah Winfrey Show. She is a popular speaker for groups and corporations, always using humor as hook. Her previous books include Helen of Pasadena and The Satellite Sisters’ Uncommon Senses. 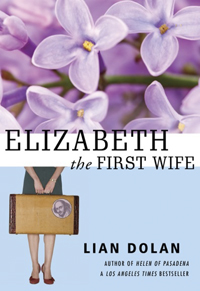 Elizabeth Lancaster, an English professor at Pasadena City College, fills her days with books, tending her garden and growing her collection of European comfort shoes. But that all changes when her ex-husband and A-list action movie star FX Fahey unexpectedly shows up with a job offer that she can’t refuse. Now, instead of grading papers, Elizabeth packs for a summer at the Oregon Shakespeare Festival where her role is to provide artistic support and make sure FX doesn’t humiliate himself in an avant-garde production of A Midsummer Night’s Dream. Meanwhile, Elizabeth’s house sitter back in Pasadena is her Congressman brother-in-law’s dreamy chief of staff, whose calls regarding how to work the washing machine and stovetop slowly cross the line into much more personal territory.

ELIZABETH THE FIRST WIFE is interspersed with pages from the fun relationship book Elizabeth is writing, a clever and endlessly entertaining mash-up of Shakespearean classic relationship examples and modern day pop culture. Gems include “Elizabethean Fashion Dos & Don’ts for the Modern Woman,” “6 Classy Ways to Throw Down an Insult” and a comparison of Hamlet and Edward Cullen.

Witty, relatable and incredibly funny, ELIZABETH THE FIRST WIFE is about the unexpected turns that life sometimes takes and how one woman handles those turns with the cynical humor and unfaltering poise of a Shakespearean heroine.

–Publishers Weekly on Helen of Pasadena