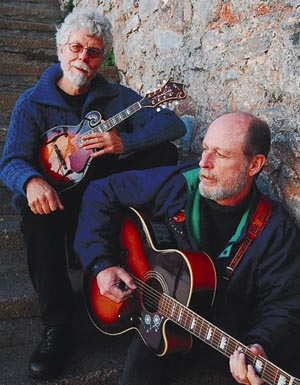 Guitar virtuosos and longtime leaders of the jam-band Little Feat offer a rare opportunity to savor the country rock songs they made legendary. A special acoustic evening with Paul Barrère and Fred Tackett at the Tower Theatre on November 14 features a wide variety of hits, from Willin’ and Hate to Lose Your Lovin’ to Let it Roll and Texas Twister.

“People turn up at our shows wondering how we can interpret these songs with just two guitars and a mandolin,” says Barrère. “I try to explain to them that the songs are the stars of the show, as opposed to the band, which is such a force. I think people really appreciate that. And we have a great time doing it!”

Barrère, guitarist and lead vocalist for Little Feat, joined the band’s third album Dixie Chicken in 1972, and has been with the group ever since. Tackett plays guitar, trumpet, and mandolin for Little Feat. He worked as a side man on many Little Feat albums before becoming a full member of the band for Let It Roll in 1988.