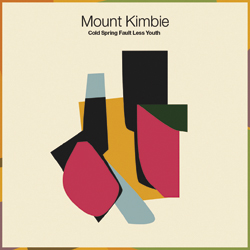 Has life gotten a little pale with the waning of the sun? Do you need more beat in your life? Pick up Mount Kimbie’s second album, Cold Spring Fault Less Youth. I can’t stop listening to the fifth track, Made to Stray. Check it out. Your heart will race; the rhythmic beats push you through an almost dissonant atmosphere of sound and the whole experience will have you wanting more.

This English electronic music duo formed in London in 2008 while at Southbank University. Dominic Maker and Kai Campos released their first album, Crooks & Lovers in 2010 to critical acclaim.

The Guardian described the pair as, “leading an exploratory breakaway from bass-heavy dubstep towards a lighter, hazier style of electronica rich with drowsy ambience and chopped-up found sounds.”

The crazy drum beats in Made to Stray are simply addictive, and while many of their other tracks don’t have quite the pull, they are successful in creating another world where sound has gravitational pull.

Mount Kimbie forms major elements in their music from field recordings. Maybe that’s why it has such attraction. “A lot of what we do is about experimenting with different little bits of tone that you don’t necessarily hear on the first listen… and then trying to make songs out of them,” Maker commented in an interview with The List.

The duo is in the midst of an international tour, but their U.S. dates are unfortunately past. Look for them in years to come, or better yet, download the album now and start dancing.