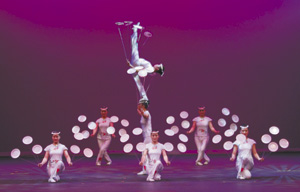 All the members of the Peking Acrobats combine grace, charisma and razor-sharp precision in an entertaining show that is uplifting, awe inspiring and an exploration of human potential.

For Central Oregonians who have not experienced the Peking athletes in person, perhaps the words of Clive Barnes in the New York Post describe the performance best: “The things these kids can do…seem to push the envelope of humanpossibility. If daring and dexterity turn you on, this is a show that will probably twist you around in your seat…it’s amazing and exciting!”