Saturday, December 1, 9:55am. In recent years the opera has undergone something of a reappraisal. Stanley Sadie considers it to show Mozart “responding with music of restraint, nobility and warmth to a new kind of stimulus.”

La clemenza di Tito (English: The Clemency of Titus), K. 621, is an opera seria in two acts composed by Wolfgang Amadeus Mozart to an Italian libretto by Caterino Mazzolà, after Metastasio. It was started after the bulk of The Magic Flute, the last opera that Mozart worked on, was already written (Mozart completed The Magic Flute after the Prague premiere of Tito on 6 September 1791). 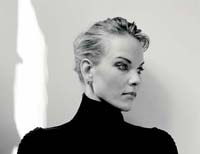 The virtuosic Elīna Garanča sings Sesto in Mozart’s drama set in ancient Rome. Giuseppe Filianoti is the noble Tito and Barbara Frittoli is Vitellia, in this handsome revival of one of the composer’s final masterpieces. Harry Bicket conducts. Encore: Wednesday, December 19 at 6:30pm.