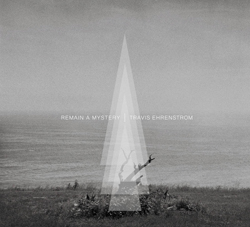 Local singer-songwriter, Travis Ehrenstrom released his new album, Remain A Mystery in record stores and on iTunes in August. Digital copies are available for download on Ehrenstrom’s website, while audiophiles celebrated a late September release on vinyl.

Crowd-source funded through a highly successful Kickstarter campaign, Remain A Mystery was co-produced by Ehrenstrom and Keith Banning and recorded at Banning’s Lonely Grange Studios in Sisters.

In November The Travis Ehrenstrom Band will embark on a coastal tour of Northern California, Oregon and Washington. Rounding out the roots-rock band are Patrick Pearsall on bass and vocals, Benji Nagel on guitar and vocals and Kaleb Kelleher on drums.

Travis Ehrenstrom has been writing and recording Americana music for the last decade and performing solo and with his band. From 2010-12, Travis filled the bassist role for Seattle-area rock band, The Courage. The Courage was a national touring act, gracing stages with the likes of Josh Ritter, Portugal. The Man, Kimya Dawson and more.