At the Tower Theatre Tuesday, January 15, enjoy one night of acoustic music from two of the most original songwriters active today.

Wainwright’s music ranges from deeply moving to hilarious, sometimes within the same song. The New York Times proclaimed he “wrings more human truth out of his contradiction than any other songwriter of his generation.” 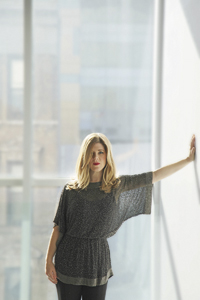 Williams began playing guitar at age nine and wrote her first song two years later. However, Dar (a nickname derived from “Dorothy”) was more interested in drama at the time, and later majored in theater and theology in college. That eclectic background expresses itself in many of her compositions, with recurring themes of religion, adolescence, gender issues, misunderstood relationships, loss and humor.