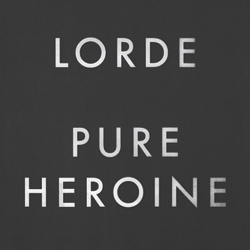 With only one album, Lorde doesn’t have much claim to fame. However, when this 16 year old’s song Royals hit number one on the Billboard Hot 100 along with being the youngest to reach number one in 26 years, her claim to fame began.

Ella Yelich-O’Connor or known as her stage name Lorde, was born in Devonport, New Zealand in 1996. At the age of 13 Lorde signed her first record deal with Universal Music Group and soon after released her first EP called The Love Club. Her first album named Pure Heroine was released September 30.

Her music can be described as simple, smooth, clear and soulful. Lorde believes in a straight forward rap song with more attention to lyrics rather than sound. She wrote all of the lyrics on Pure Heroine and co wrote the music. Her sound and ideas are easily comparable to the artist Lana Del Ray, who is one of Lorde’s inspirations.

Although Lorde is still a high school student, she’s taken a break to go on an international tour. In September and October Lorde traveled all throughout the United States. She performed in big cities including Los Angeles, New York and Seattle. She’ll finish out this year performing in Australia, the UK and also her home country New Zealand.

The album Pure Heroine is available for download, or purchase on iTunes, Amazon, Spotify and is available in stores.