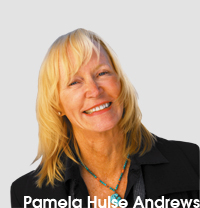 You have to have a big vision and take very small steps to get there. You have to be humble as you execute but visionary and gigantic in terms of your aspiration. It’s not about grand innovation, it’s about a lot of little innovations: every day, every week, every month, making something a little bit better.
~ Jason Calacanis (American internet entrepreneur and blogger)

BendFilm is an inspiring, passionate and economically beneficial event embraced by the community in a pretty big way. An independent film festival that was once a dot on the radar is now one of the top 50 film festivals in the world named by MovieMaker magazine.

The four-day dream catcher gives our community a firsthand glance at documentaries that are gut wrenching, films that will make you laugh or cry or ponder along with a chance to meet innovative and hopeful filmmakers who are sure to find a spot in history.

BendFilm has had its ebbs and flows in its minor financial crisis and its changes of the guard through various directors, board members and sponsors.

But Bendfilm survives because it is a gift for our community and offers us the privilege, opportunity and responsibility to view great works of thought and visual intregrity through film.

Under the leadership of former BendFilm Executive Director Orit Schwartz, last year was certainly a banner year for the festival as it completed its tenth season and evolved into one of the most anticipated events in Bend’s history.

Several years ago the festival was highlighted by the performance of the amusing John Waters with his edgy Pope of Trash. But it was the Audience Favorite and the Best of Show winning a $10,000 award, The Trials of Darryl Hunt, that was so deeply moving and still reminds me today why we bring independent films here. Darryl Hunt spent 20 years in prison for a crime he did not commit. The winning film was a story of a brutal rape/murder case of a young white women in the south and a wrongly convicted young black man. With exclusive footage from two decades, the film frames the judicial and emotional response to a chilling crime — and the implications that reverberate from Darryl’s conviction.

It was a great tribute for BendFilm to host both Darryl Hunt and director Annie Sundberg and reminds me often of what an introspective experience BendFilm can be.

Two years ago, we fathomed the idea to create a special ‘club’ so to speak, whereby 100 women would each contribute $100 each to raise $10,000 for BendFilm awards especially for women filmmakers and directors.

Money raised is also wanted to fund valuable festival activities such as filmmaker visits, lectures and workshops, as well as attendee gatherings that have helped to make the BendFilm festival successful in past years.

With two years and more than $20,000 under our belt, we are well on our way to raising another $10,000 that will help the festival’s new and inspiring director, Todd Looby, put on another fabulous festival.

If you want to join Indie Women, it is most assuredly not exclusive, please contact me at pamela@cascadebusnews.com We give in order to continue the amazing tradition of BendFilm.