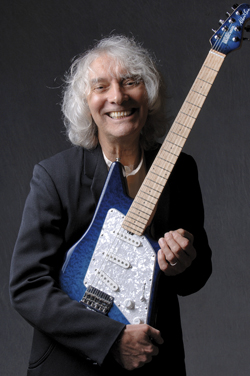 “This is a rare opportunity to see one of the world’s greatest guitarists up close and personal,” said Ray Solley, executive director of the Tower Theatre Foundation. “Albert takes the Telecaster guitar to new levels of musical mastery. No wonder they created a special guitar for him and named it ‘Music Man.’”