Enjoy the musical stylings of guitar aficionado, Dorian Michael on Wednesday, June 4, at 6pm upstairs at the Downtown Bend Library. The performance is free and open to the public. 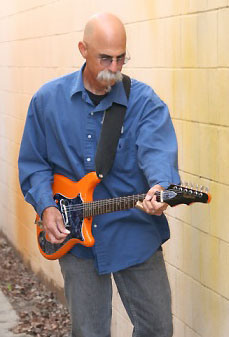 Michael started playing guitar as a seven year old in Los Angeles just as folk music was enjoying a renaissance. He has been a working guitarist for four decades and in that time has played plenty of blues and folk, jazz and rock and roll. Michael has a huge variety of playing experience, from smokey honky-tonks to theater orchestra pits.

At some point along the way he started playing a few solo fingerstyle instrumentals. He calls his music “contemporary traditional.” His original music reflects his interest in a variety of musical styles. His influences come through in his original material, but it grows from rather than mimics, the artist he admires. When he plays someone else’s music or a traditional piece he always manages to add a few surprises.

“Some music makes you feel, some makes you think and some music is just for the fun of it. I try to get to all those places in the space of a performance,” says Michael.