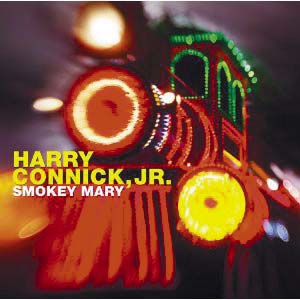 The parade’s massive, multi-unit Smokey Mary float was named for the coal-burning train that, in the 1800s, shuttled New Orleanians across the swamps to the Milneburg entertainment district on the shores of Lake Pontchartrain. The stakes were raised this year with the debut of what is reportedly the largest float ever: a 325-foot-long, eight-unit behemoth that salutes the old Pontchartrain Beach amusement park.

(In order to organize and stage the Mardi Gras carnival every year, many New Orleans families have belonged for generations to krewes, groups that create elaborate costumes and floats for the many Mardi Gras parades in the weeks leading up to Fat Tuesday.)

Harry was watching parades in 2012 when Sonny Borey, the captain of the Krewe of Orpheus, pitched an idea. Borey wanted Connick to write a song about Smokey Mary, Orpheus’s signature train float, in time for the krewe’s 20th anniversary during Mardi Gras 2013 (which occurred February 12).

“Sonny was my drama teacher in high school,” Connick recalled to The Times Picayune. “He’s always been incredibly creative and fun, and he’s been a really good friend for more than 30 years. But I kind of laughed about it. I didn’t really take him seriously.”

Connick began working on the album remembering genres from a long time ago, shuffles, funk, gospel stuff. That album became Connick’s new, limited release Smokey Mary. Though it can be ordered online and in digital form, the CD itself is only available in stores in the New Orleans area.

It’s a very fun album, the perfect celebration of Mardi Gras, no slow songs, no ballads, songs people could play at a parade.”

Rounding out the nine new tunes on Smokey Mary are two previously released songs: Mind on the Matter and City Beneath the Sea, both from his 1996 funk album Star Turtle.

Harry grew up in New Orleans, and it is here you will find the roots of his love for music and performing. His early talent was shaped by study with such luminaries as James Booker and Ellis Marsalis.

His career has been studded with awards and recognition, including several multi-platinum and gold albums, Grammy and Emmy awards, a starring role in a Tony-winning Broadway musical and much more. A true American icon, there are few artists of Harry’s stature, and fewer still with such a comprehensive span of the entire realm of entertainment.