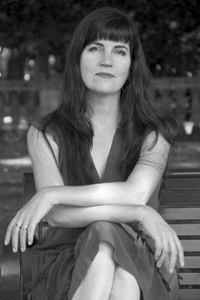 The reading is free and open to the public. An author signing follows and books will be available for purchase.

Drake’s new novel, The Stud Book, is about the mating habits of animals—human and otherwise. “I write comedy about serious subjects,” says Drake. “The Stud Book is a comedy about 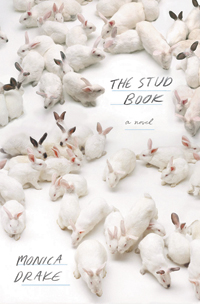 overpopulation. It has a miscarriage in it. It has violence. I hope I’ve found the humor and humanity in the struggle of living within the physical urges, hopes and limits of one human-animal body on a crowded planet.”

Drake is also the author of the indie hit Clown Girl, which won an Eric Hoffer Award and an “IPPY” (Independent Publishers Award). In 2010 the film rights to Clown Girl were optioned by Saturday Night Live star Kristen Wiig.

In addition to her two published novels, Drake’s essays and short stories have appeared in journals including The Northwest Review, Oregon Humanities, Paris Review Daily and others. She has been a regular contributor to The Oregonian, The Portland Mercury and the Stranger (Seattle). She has an MFA from the University of Arizona and is currently Department Chair of the BFA in Writing at the Pacific Northwest College of Art.