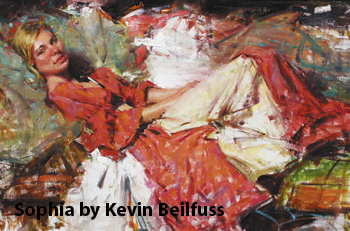 Father-son team of Scott and Paul Eubanks exhibit original works by artists from the former Soviet Union, Canada and the United States (including Oregon).

Paul Scott Gallery was established in Scottsdale, Arizona in 1997, and its expansion into Bend marks its first move out of the Arizona art mecca. Located at 869 NW Wall Street, Suite 104 (in the breezeway across from Boken Restaurant), the new 2,400 square foot gallery features original works by artists from the former Soviet Union, Canada and the United States (including Oregon). Paul Scott Gallery also offers bronzes, ceramic art and glass art.

The gallery is owned and operated by the father-son team of Scott and Paul Eubanks. The Eubankses started in the gallery business in 1992 when they opened Gallery Russia in Scottsdale. Gallery Russia, which still operates on Scottsdale’s art-rich Main Street, was among the first galleries in the U.S. to import art from the former Soviet Union.

The Eubankses have worked with a number of museums in their Russian art acquisition programs and have lectured throughout the nation on the art and artists of the U.S.S.R.

In announcing the family’s intention to open a gallery in Bend, Scott Eubanks, who, along with his wife Kay, will live in Bend and operate Paul Scott Gallery, cited the superior livability of Central Oregon, his belief in Bend’s future as an art center and the “incredible” friendliness of the people of Bend as major influences in his family’s pro-Bend decision. According to Eubanks, “We have been so impressed by how friendly everyone has been to us and by how welcoming and helpful the existing art community has been to “the new kid on the block. We hope everyone will drop by the gallery and give us a chance to say thank you for making us feel at home in Bend.” 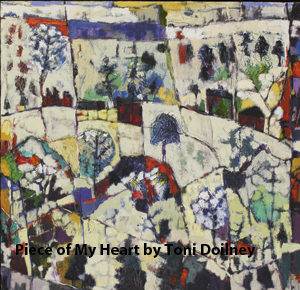 The gallery prides itself in offering a wide range of artists, painting in a wide range of styles. Eubanks added, “We believe art fanciers and collectors will enjoy the freshness and variety of our art.”
Kim Matthews, a veteran of the Bend art family, is the new gallery’s manager. She brings almost ten years of gallery experience to Paul Scott.