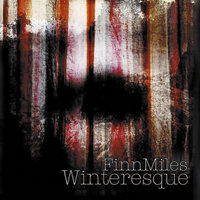 A recent transplant from Des Moines, Iowa, Paul Gratton of Finn Miles is introducing his poetic and melodic music to Central Oregon.

The move left behind the band and his brother Scott Gratton, co-producer and multi-instrumentalist of their new CD, Winteresque. Gratton, songwriter and vocalist, created a variety of folk songs inspired by a simple Haiku he had written in his journal.

“The central theme of Winteresque is a journey from autumn, through the dark of winter, and into the hope of spring,” says Gratton on his blog. He says, “It takes faith to remember the sun will shine again, that springtime is on its way.”

His influences can be heard in the song, There’s a Better Way, which is moving and passionate; joining Gratton on the track is gospel singer Tina Haase Findlay with Aaron Webb and Steph Schmaltz in the choir.


In 2008, Gratton started studying songwriting, music theory and vocals, releasing three EPs since then. In his live shows, Gratton uses interactive visual software (Weiv), a product he co-founded and owns. Weiv allows the audience through a Wii controller to move along with the music, creating an interactive visual show. Submerging himself into the local musical community, Gratton is currently working on a side project with Bend piano singer/songwriter Lauren Kershner.