Come see some of the biggest names in entertainment on the banks of the Deschutes River in the heart of Bend.

www.bendconcerts.com
Gates for all shows open at 5pm 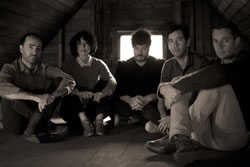 The Shins with The Head & the Heart and Blind Pilot
Friday, May 25 ● 6:00pm ● $35
Blind Pilot
A Portland-based group, Blind Pilot strikes a balance between mellow folk and indie pop. Performances by Blind Pilot showcase how dynamic live music can be. Amazing use of multiple instruments- each band member plays a variety of instruments (banjo, upright bass, dulcimer, trumpet, keyboards). Look forward to great energy throughout the show and fantastic vocals.
The Head and the Heart
Formed in Seattle by a group of northwestern transplants, the Head and the Heart is an indie folk band whose influences include Americana and country-rock. Look forward to catchy piano melodies, a tight trio of strong vocal harmonies and plenty of hand percussion and foot stomps to make the live show inspiring and really fun. Hit singles include Lost in My Mind and Down in the Valley.
The Shins
The Shins, an indie rock band began in 1997, with singer/songwriter and guitarist James Mercer. Mercer with an all new backing based out of Portland includes fellow songwriters Jessica Dobson and Richard Swift, drummer Joe Plummer (Modest Mouse), and Yuuki Matthews (Crystal Skulls) released their new album Port of Morrow in March 2012. New single Simple Song. 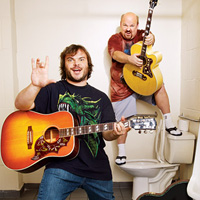 Tenacious D with The Sights
Saturday, May 26 ● 6:30pm ● $39
Tenacious D
The super-sized acoustic metal/comedy duo Tenacious D was an unlikely success story becoming one of the biggest cult bands of the late ’90s and 2000s. The sheer charisma, humor, and energy — not to mention inspired songwriting — of singers/guitarists/actors Jack Black and Kyle Gass makes for a great performance.
The D’s act showcases Black’s theatrical, versatile vocals and Gass’ deft support on the guitar in seemingly stream-of-consciousness songs about the duo’s musical prowess, subjects straight out of Dungeons & Dragons and equally absurd and inventive sketches.
Their movie The Pick Of Destiny was released in 2006 along with a soundtrack of new material from the dynamic duo. In 2012, Tenacious D released their third album Rize of the Fenix.
The Sights
The Sights are a Detroit-based rock band and after a lengthy hiatus the band is back strong as ever with the release of Most of What Follows Is True in 2010. The album is strong on rock and roll swagger, country and rhythm and blues with lead guitarist/vocalist Eddie Baranek. 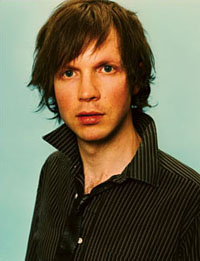 Beck with special guest Metric
Sunday, May 27● 6:30pm ● $41
Beck
Based in the underground anti-folk and noise-rock worlds, Beck encompasses all manners of modern music, drawing from hip-hop, blues, funk, indie rock, pop, soul and lounge music. Beck is known for blurring music boundaries.
In 2006 featuring many songs from his album Guero, Beck was accompanied by a group of puppets, dressed as him and members of his band. Live video feed of the puppets’ performance was broadcast on video screens to the audience. The puppet show was included throughout his 2006 world tour.
Beck’s new song Looking For A Sign is a meandering country song with Beck’s woeful voice harkening back to folk songs from the past.
Metric
Metric are a band with an eclectic, adventurous outlook, whose music encompasses elements of synth pop, new wave, dance-rock and electronic.
Metric’s song Black Sheep is on the soundtrack for the film Scott Pilgrim vs. the World and Eclipse (All Yours) is on the Twilight Saga: Eclipse soundtrack. Their next album Synthetica will be released in June 2012. Based in Toronto, Metric won Group of the Year and Alternative Album of the Year at the 2010 Juno Awards in Canada. 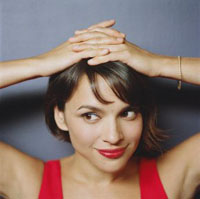 Norah Jones
Wednesday, August 15 ● 6:30pm ● $40-$60
Norah Jones first emerged on the world stage 10 years ago with the release of Come Away With Me, that introduced a singular new voice with the hit single Don’t Know Why and grew into a global phenomenon sweeping the 2003 Grammy Awards.
With Little Broken Hearts, her new collaboration with Danger Mouse, Norah Jones has expanded her sound in characteristically subtle ways. Twelve darkly luminous songs, each an exploration of emotions from various perspectives that invariably leads to a place of beauty and uplift. Don’t miss a chance to see Norah Jones in Bend! 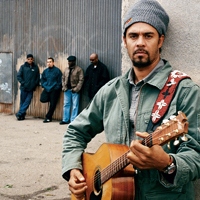 Wednesday, August 22 ● 6:30pm ● $35
Michael Franti & Spearhead will bring their blend of hip hop, funk, reggae, jazz and rock back to Bend for a night of much jumping up and down. Get ready to enjoy Sound of Sunshine, Say Hey (I Love You), People in Tha Middle and I Got Love For You.
Michael Franti and Spearhead are currently working on their eighth studio album, and Franti says it will be a bit of a sonic departure from previous Spearhead efforts. “This album is a lot harder and more aggressive,” Franti tells Rolling Stone. “There are some songs that are just acoustic guitar and nothing else, but the ones that aren’t like that are louder and at times more punk rock, with dance beats to them.” While the band hasn’t decided on an album title yet, Franti says it will arrive sometime in the fall, with a lead single dropping this summer.

Huey Lewis & the News
September 11 ● 6:30pm ● $39-$78
Huey Lewis & the News is a San Francisco-based group that has been playing pop rock for three decades. Huey Lewis & the News have a contagious brand of straight-ahead rock n’ roll that has outlasted countless trends, selling over 20 million albums worldwide. The band has a driving, party-hearty spirit with hit songs Workin’ for a Livin, I Want a New Drug, The Heart of Rock & Roll, Hip to Be Square and The Power of Love.